New Study Finds That Crows Are So Intelligent They Understand the Concept of Zero.

Crows are incredibly smart. Researchers have already discovered that these sleek, dark birds possess primary, or sensory, consciousness—the ability possessed by humans and some primates to merge memories to think in terms of past and present.

A recent paper published in The Journal of Neuroscience expands the wealth of knowledge on these clever creatures. In the study, researchers discovered that crows can comprehend the concept of zero.

Zero is actually a rather recent mathematical invention. Many ancient number systems did not include a number conceptually equivalent to our modern-day zero. This fact makes the crow’s newly discovered ability all the more impressive. Going into their experiment, the researchers at the University of Tübingen in Germany knew that crows have certain neurons which light up when they see certain quantities displayed. One dot fires a certain neuron, two another, three another, and four yet another. It was therefore already known that crows could distinguish these quantities from one another.

To test whether crows could comprehend zero as a numerical value, the researchers showed crows two displays of dots, each display containing between zero and four. The crows were trained to indicate if the two displays showed the same value. While they did this, researchers monitored their brain activity. When the crows saw “zero” dots, their brains fired a new neuron recognizing this new “quantity.”

Sometimes the birds made mistakes, identifying two displays as portraying the same quantity. Where zero was concerned, the birds more often confused it for displays with one dot than those with two or more. Co-author Andreas Nieder told IFL Science, “This effect [would only be] expected if … crows can understand the empty set as the smallest numerical value on the number line.” As the birds lack a neocortex like those that humans and apes have, these “Counting Crows” inspire new questions for researchers pursuing answers on the evolution of avian intelligence.

Crows are super intelligent—a new study discovered they can understand the concept of zero. 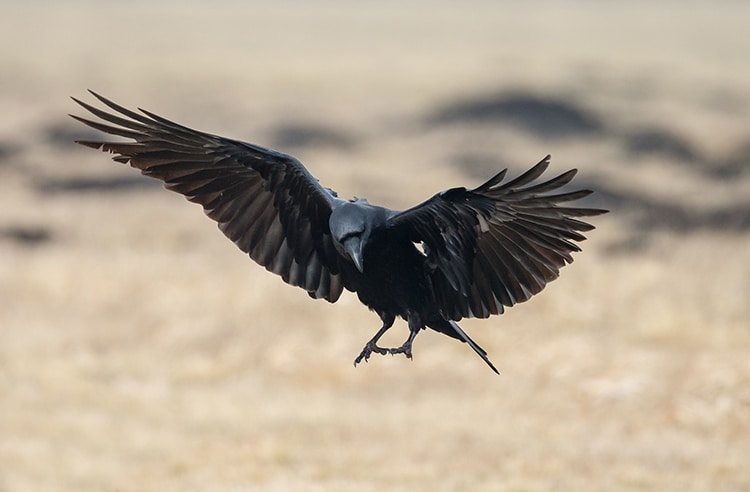