What Is Ancient Sumerian Writing Doing In America? Deciphering The Fuente Magna Bowl 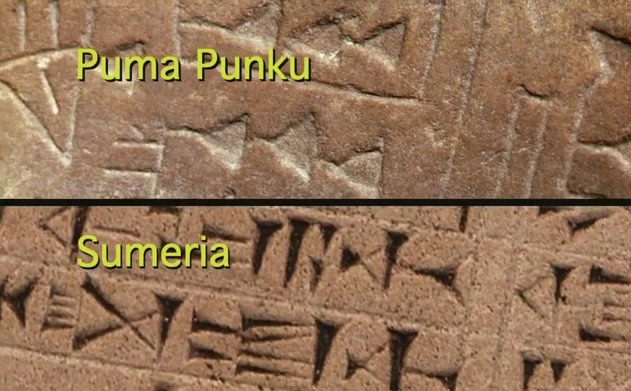 What Is Ancient Sumerian Writing Doing In America? Deciphering The Fuente Magna Bowl

In 1549, while searching for the capital of the Inca Empire, Spanish conquistadors, led by Pedro Cieza de León crossed into Bolivia and discovered the ruins of Tiahuanaco. Less than a quarter mile northeast of Puma Punku, scientists believe Tiahuanaco was once the center of a civilization with more than 40,000 inhabitants.

Located at the Precious Metals Museum in La Paz Bolivia, we find the famous Fuente Magna bowl, a unique piece of ceramic that contains what some believe is one of the biggest secrets of ancient mankind. The Fuente Magna Bowl was discovered near Tiahuanaco (Tiahuanaco is probably the greatest Native American civilization that many people haven’t heard of

But why is this piece of ceramic so important? Well, written on it you will find Sumerian cuneiform

Author Zecharia Sitchin was one of the first to propose that the Sumerians were interacting with extraterrestrial beings (Ancient Alien theory) called the Anunnaki, this theory, that has been widely rejected seems truly incredible but it does explain how Sumerian cuneiform and Proto-Sumerian hieroglyphs got half way around the world to end up in Latin America.

According to Dr. Winters, The discovered Vai script had a lot of interesting and very similar signs to the Libyco-Berber, Indus valley, Proto-Elamite and Proto-Sumerian signs which allowed him to decipher the text. Using the phonetic values of the Vai script, he was able to decipher some of the writings. According to research, the Sumerian language is closely related to the Mande, Dravidian, Proto-Sumerian languages and Vai scripts. By using the phonetic values of the Vai script Dr. Winters was able to read the script.

After successful transliteration, Dr. Winters was able to translate the inscription using the Sumerian language

Dr. Winters divided the Fuente Magna Bowl into their constituent parts so they could be interpreted using the phonetic values of the Vai writing 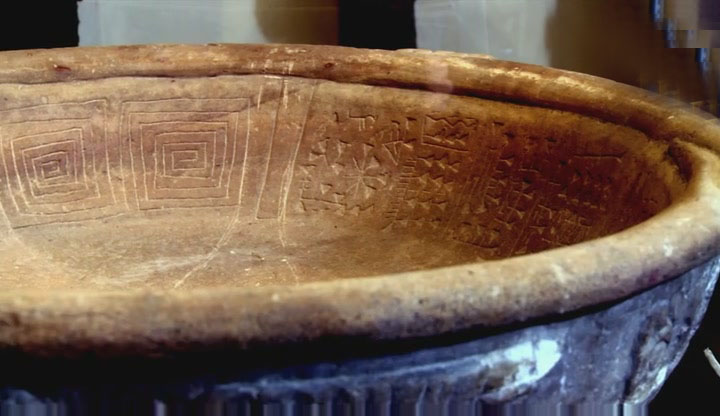 Following is a transliteration of the inscriptions on the right side of the Fuente Magna, reading from top to bottom and right to left.

Winters then gave the following translation:

The transliteration of the inscriptions on the left side of the Fuente Magna read: 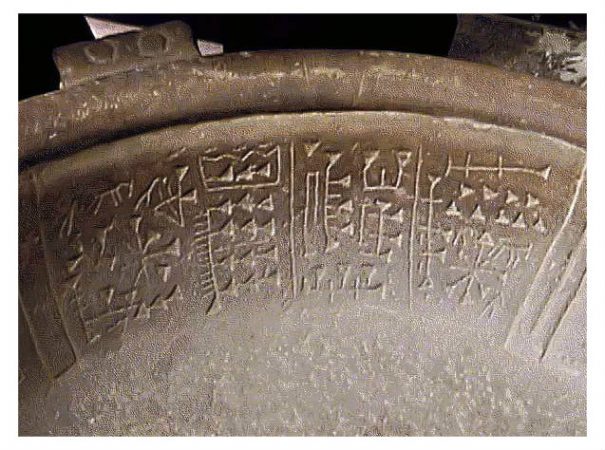 The successful deciphering of the inscriptions presented on the Fuente Magna Bowl seem to indicate that this piece of ceramic was used to make offerings to the Goddess Nia, in request of fertility, thanking Her for the bountiful fauna and flora in the area which made it possible for the Sumerian explorers to survive while in Bolivia.

We find it extremely interesting that the people of the Fuente Magna, referred to the Goddess as Nia. Nia, is the Linear-A term for Neith. Neith is the Greek name for the Egyptian Goddess Nt or Neit, Semitic Anat. This goddess was extremely important and popular among the ancient people of Libya and other parts of Middle Africa, before leaving the region to settle Mesopotamia, the Indus Valley and Minoan Crete.

According to the research that has been made, the Fuente Magna Bowl was probably crafted by Sumerians who settled in Bolivia sometime after 2500 BC, which totally contradicts modern day archaeology and history which claims that these ancient civilizations were never connected.