The Multiverse Could Be Teeming With Life But Is Also Problematic, Says New Study 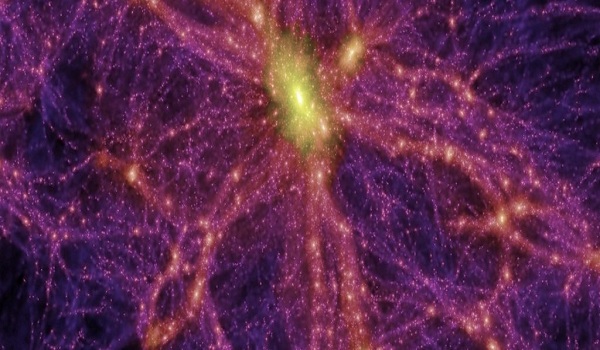 The Multiverse Could Be Teeming With Life But Is Also Problematic, Says New Study

According to the current dominant theory, if there are other universes out there, they’re not likely to have life. But now an international team of researchers has demonstrated that the Multiverse is more hospitable than we thought.

The Multiverse hypothesis – wherein our observable Universe is just one of many universes – is a proposed explanation for the not-large-enough amount of dark energy in the empty space in our Universe.

We don’t really know what dark energy is – it’s the name we give to the force that drives the expansion of our Universe, which, contrary to pretty much everything else we observe, accelerates over time instead of slowing down.

It constitutes around 70 percent of the Universe – and that’s the problem. Because current theories about the origin of the Universe predict that there should be much more dark energy than that.

But they also predict that if there were more dark energy than our currently calculable low amount, the Universe would be expanding so fast that matter would dilute before it could form into stars, and planets, and galaxies.

Which means we wouldn’t exist.

This is where the Multiverse comes in. It proposes that there are many universes outside our own (and there are a number of models for what this might look like), each with a different proportion of dark energy, and ours is one that just happened to have a smaller amount so that life could form.

It’s a very neat explanation – some scientists argue, a little too neat, involving circular reasoning, unbacked by any observational evidence, and untestable.

But we can run tests on our own Universe – and that’s exactly what the researchers have done.

“The Multiverse was previously thought to explain the observed value of dark energy as a lottery – we have a lucky ticket and live in the Universe that forms beautiful galaxies which permit life as we know it,” said researcher Luke Barnes, formerly of the University of Sydney, now at Western Sydney University in Australia.

“Our work shows that our ticket seems a little too lucky, so to speak. It’s more special than it needs to be for life. This is a problem for the Multiverse; a puzzle remains.”

Led by physicist Jaime Salcido of Durham University in the UK, the team created enormous simulations of the Universe, tweaking the amount of dark energy using the Evolution and Assembly of GaLaxies and their Environments (EAGLE) project, one of the most realistic simulations of our Universe.

And they found that increasing – or decreasing – the amount of dark energy in our Universe, even up to a few hundred times the amount we observed, would only have a modest impact on the formation of stars and planets.

“For many physicists, the unexplained but seemingly special amount of dark energy in our Universe is a frustrating puzzle,” Salcido said.

“Our simulations show that even if there was much more dark energy or even very little in the Universe then it would only have a minimal effect on star and planet formation, raising the prospect that life could exist throughout the Multiverse.”

It also raises another issue: If we don’t need the Multiverse to explain our existence, is it still a plausible theory?

According to the researchers, they haven’t ruled it out. Instead, they believe that the answer to the dark energy conundrum lays in something we haven’t figured out yet.

“The formation of stars in a universe is a battle between the attraction of gravity, and the repulsion of dark energy,” explained physicist Richard Bower of Durham University.

“We have found in our simulations that universes with much more dark energy than ours can happily form stars. So why such a paltry amount of dark energy in our Universe?

“I think we should be looking for a new law of physics to explain this strange property of our Universe, and the Multiverse theory does little to rescue physicists’ discomfort.”