Scientists Discover Microbes In Cow Stomachs That Can Break Down Plastic

Scientists Discover Microbes In Cow Stomachs That Can Break Down Plastic

Microbe communities found in the stomach of cows can break down plastic, potentially offering a sustainable way to help reduce litter, a study has found.

Specifically, the organisms come from the rumen — the first and largest of the four compartments that make up the bovine stomach.

Experts at Austria’s University of Natural Resources and Life Sciences thought these bacteria may be useful as, in the cow diet, they break down natural plant polymers.

In fact, the team’s experiments found that this diverse community of microbes can decompose plastic faster than single organisms tested in previous studies. 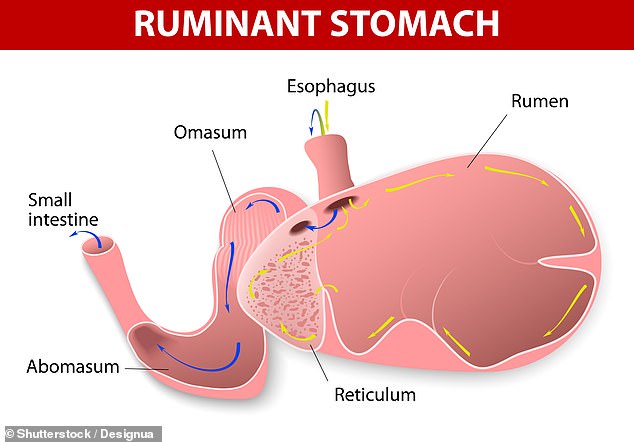 ‘A huge microbial community lives in the rumen reticulum and is responsible for the digestion of food in the animals,’ said paper author and biotechnology expert Doris Ribitsch of the University of Natural Resources and Life Sciences in Vienna.

‘So we suspected that some biological activities could also be used for polyester hydrolysis,’ she added, referring to a type of reaction that decomposes plastic.

In their study, the team looked at three different kinds of polyesters — one of which was PET (polyethylene terephthalate), a synthetic polymer commonly used in the production of textiles and packaging.

A slaughterhouse in Austria provided rumen liquid, which the researchers incubated with all three plastics — both in film and powder form — to examine how effective the microorganisms would be at breaking the materials down.

The team found that the microbes from the cows’ rumens were capable of breaking down all three plastics — PET, PBAT, PEF — with the powdered versions, with their greater surface areas to attack, unsurprisingly breaking down faster than the films.

This suggests that it is the combination of enzymes used by the microbe community, rather than just one specific enzyme, that is key to effective plastic decomposition. 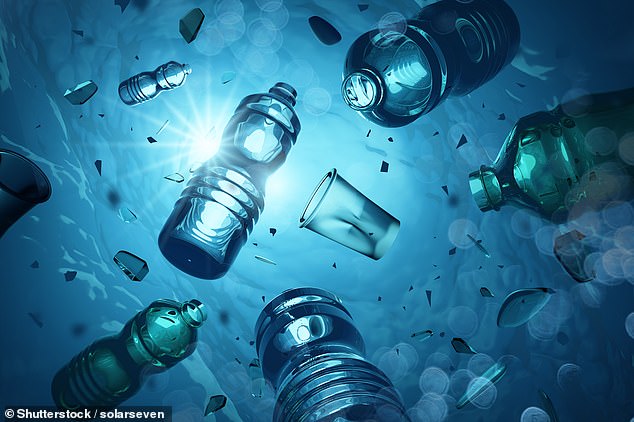 At present, the team have only conducted their work at a small scale in the lab.

However, Dr Ribitsch said, ‘Due to the large amount of rumen that accumulates every day in slaughterhouses, upscaling would be easy to imagine.’

With their initial study complete, the researchers are looking forward to conducting further research in this field — as, Dr Ribitsch noted, microbial communities have been underexplored as a potential eco-friendly resource.

The full findings of the study were published in the journal Frontiers in Bioengineering and Biotechnology. Study finds Amazon generated 465m pounds of plastic waste last year

How plants become good neighbors in times of stress

How plants become good neighbors in times of stress

/Scientists Discover Microbes In Cow Stomachs That Can Break Down Plastic/