Rogue planets could outnumber the stars 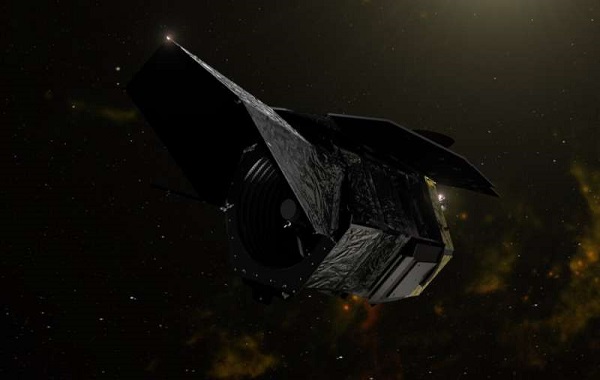 Rogue planets could outnumber the stars

An upcoming NASA mission could find that there are more rogue planets—planets that float in space without orbiting a sun—than there are stars in the Milky Way, a new study theorizes.

“This gives us a window into these worlds that we would otherwise not have,” said Samson Johnson, an astronomy graduate student at The Ohio State University and lead author of the study. “Imagine our little rocky planet just floating freely in space—that’s what this mission will help us find.”

The study was published today in he Astronomical Journal.

The study calculated that NASA’s upcoming Nancy Grace Roman Space Telescope could find hundreds of rogue planets in the Milky Way. Identifying those planets, Johnson said, will help scientists infer the total number of rogue planets in our galaxy. Rogue, or free-floating, planets are isolated objects that have masses similar to that of planets. The origin of such objects is unknown, but one possibility is they were previously bound to a host star.

“The universe could be teeming with rogue planets and we wouldn’t even know it,” said Scott Gaudi, a professor of astronomy and distinguished university scholar at Ohio State and a co-author of the paper. “We would never find out without undertaking a thorough, space-based microlensing survey like Roman is going to do.”

The Roman telescope, named for NASA’s first chief astronomer who was also known as the “mother” of the Hubble telescope, will attempt to build the first census of rogue planets, which could, Johnson said, help scientists understand how those planets form. Roman will also have other objectives, including searching for planets that do orbit stars in our galaxy.

That process is not well-understood, though astronomers know that it is messy. Rogue planets could form in the gaseous disks around young stars, similar to those planets still bound to their host stars. After formation, they could later be ejected through interactions with other planets in the system, or even fly-by events by other stars.

This animation shows how gravitational microlensing can reveal island worlds. When an unseen rogue planet passes in front of a more distant star from our vantage point, light from the star bends as it passes through the warped space-time around the planet. The planet acts as a cosmic magnifying glass, amplifying the brightness of the background star. Credit: NASA’s Goddard Space Flight Center/CI Lab

Or they could form when dust and gas swirl together, similar to the way stars form.

The Roman telescope, Johnson said, is designed not only to locate free-floating planets in the Milky Way, but to test the theories and models that predict how these planets formed.

Johnson’s study found that this mission is likely to be 10 times more sensitive to these objects than existing efforts, which for now are based on telescopes tethered to the Earth’s surface. It will focus on planets in the Milky Way, between our sun and the center of our galaxy, covering some 24,000 light years.

“There have been several rogue planets discovered, but to actually get a complete picture, our best bet is something like Roman,” he said. “This is a totally new frontier.”

Rogue planets have historically been difficult to detect. Astronomers discovered planets outside Earth’s solar system in the 1990s. Those planets, called exoplanets, range from extremely hot balls of gas to rocky, dusty worlds. Many of them circle their own stars, the way Earth circles the sun.

But it is likely that a number of them do not. And though astronomers have theories about how rogue planets form, no mission has studied those worlds in the detail that Roman will.

The mission, which is scheduled to launch in the next five years, will search for rogue planets using a technique called gravitational microlensing. That technique relies on the gravity of stars and planets to bend and magnify the light coming from stars that pass behind them from the telescope’s viewpoint.

This microlensing effect is connected to Albert Einstein’s Theory of General Relativity and allows a telescope to find planets thousands of light-years away from Earth—much farther than other planet-detecting techniques.

But because microlensing works only when the gravity of a planet or star bends and magnifies the light from another star, the effect from any given planet or star is only visible for a short time once every few million years. And because rogue planets are situated in space on their own, without a nearby star, the telescope must be highly sensitive in order to detect that magnification.

The study published today estimates that this mission will be able to identify rogue planets that are the mass of Mars or larger. Mars is the second-smallest planet in our solar system and is just a little bigger than half the size of Earth.

Johnson said these planets are not likely to support life. “They would probably be extremely cold, because they have no star,” he said. (Other research missions involving Ohio State astronomers will search for exoplanets that could host life.)

But studying them will help scientists understand more about how all planets form, he said.

“If we find a lot of low-mass rogue planets, we’ll know that as stars form planets, they’re probably ejecting a bunch of other stuff out into the galaxy,” he said. “This helps us get a handle on the formation pathway of planets in general.”