Snake rescuer Nick Evans caught more than he bargained for on a call out in Ndwedwe, South Africa. An extremely rare two-headed snake had been found in a yard, where the property owner had scooped it up in a bottle and asked Evans to collect it.

“Recently, I was at a braai in Durban North, when I received the most surprising image from Ndwedwe. It was a Southern Brown Egg-eater, a common, totally harmless species. However, this one had two heads!” Evans, who founded the KZN Amphibian & Reptile Conservation, wrote in a Facebook post sharing his photos of the little snake. 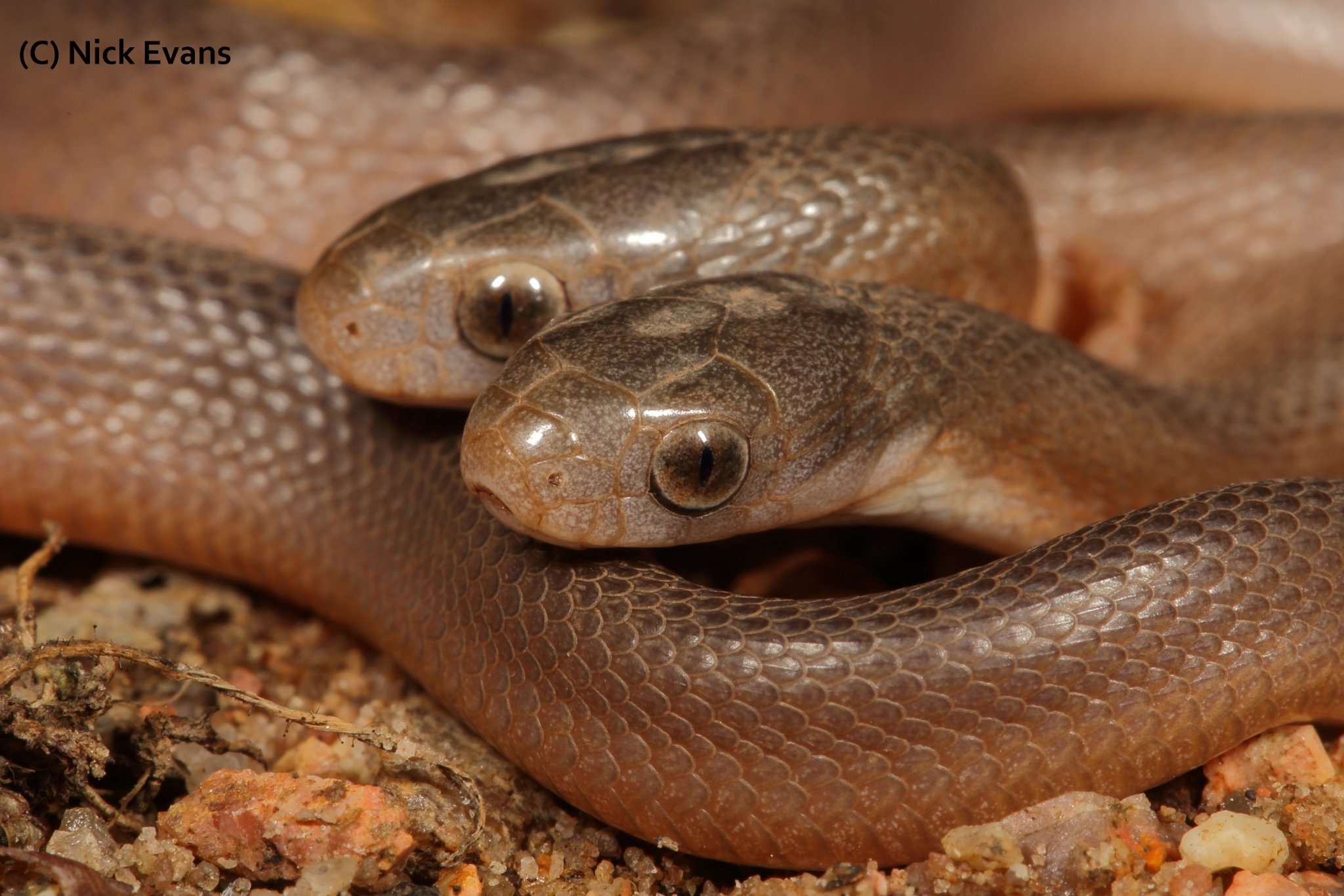 Southern brown egg eaters (Dasypeltis inornata) are common nocturnal non-venomous snakes that typically average around 75 centimeters (30 inches) long when fully grown. This little snake is only 30 centimeters, according to Evans, and is thought to be a juvenile.

Unfortunately having two heads can make things a little tricky when deciding which direction to travel. Evans observed the snake heads trying to go in opposite directions as well as resting one head on top of the other, as a more efficient means of getting around.

Southern brown egg-eaters are, as the name suggests, egg-eating specialists capable of devouring several eggs in a single session despite having no teeth. The shells are swallowed whole with bony projections inside the neck capable of cracking the shell, which is then regurgitated. Though feeding a two-headed snake might require double the food.

While two-headed snakes are rare they are not unheard of. The condition is known officially as bicephaly, usually the result of twins that fail to separate and it is thought to occur in every 1 in 10,000 snake births. However, it is difficult to be sure as the survival rate for these unusual snakes is thought to be very low, with few surviving long enough to be properly documented.

A happy ending for our little snek pal though as Evans has now taken the juvenile to be looked after by a professional. As the snake has trouble moving, even when it can agree on where to go, it would make easy pickings for any potential predators such as snake eagles so is better off being looked after by an expert.

Sea Dragons Are Incredibly Strange Creatures, And We May Finally Know Why

Sea Dragons Are Incredibly Strange Creatures, And We May Finally Know Why