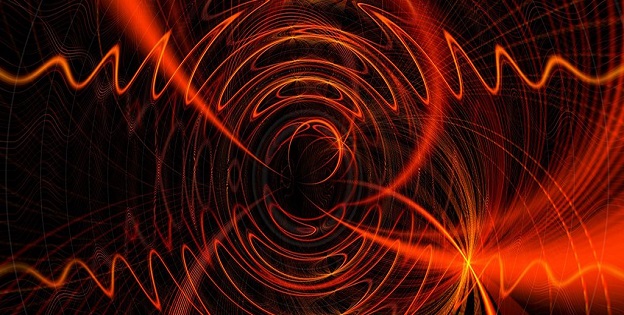 When you beam intense pulses of light into a thin circle, strange things will happen, according to new research based on the optical equivalent of a whispering gallery.

Inside tiny loops of transparent fibre, waves of light can be forced to break step and change the orientation of their wiggle in odd ways, bending the rules and potentially giving future engineers new tools for emerging optical technology.

In physics, waves can behave in curious ways when they echo inside the right kind of space – this can apply to sound bouncing off ceilings, or to light chasing its tail in a circle.

For example, in the right kind of architecture – the dome of St Paul’s cathedral in London is one such place – the sound waves of your tiniest whisper can be channelled by the hemispherical shape of the curving walls, and be cleanly carried around the room.

Similarly, light waves pulsed through a tight ring of optical fibre have been shown to also move in novel ways, collecting into discrete units that have strange characteristics.

With this in mind, researchers tinkered with the workings of a fibre loop resonator to push the limits on light’s expected behaviours.

Usually, your run-of-the-mill light pulse obeys a pretty simple rule – unlike sound, which you’d know if you heard in reverse, there’s no difference to a light wave that runs forward or backward in time.

This is referred to as time-reversal symmetry, and it happens to be a pretty important rule to keep in mind for optical technology.

Only last year, engineers came up with a way to break light’s attitude towards time in developing a sci-fi sounding ‘flux capacitor’, which was really a one-way optical loop for helping isolate sensitive quantum equipment.

This time, by pulsing wavelengths into the resonator in such a way that their peaks no longer obeyed the usual rules of symmetry, the new study has showed once again how light can ignore this rule.

“When seeding the ring resonator with short pulses, the circulating pulses within the resonator will either arrive before or after the seed pulse but never at the same time,” says lead author François Copie.

The really surprising part, however, was how this experimental setup broke another rule called polarisation symmetry.

Light waves wiggle perpendicular to the direction of their movement, just like a plucked string. The orientation of this wiggle is called its polarisation, and whether we’re talking guitar strings or light waves, it tends to remain fixed as the wave moves.

Not so here. As the wave toured around the optical fibre, its orientation described a corkscrew ‘elliptical’ shape, breaking its usual rule of sticking to a single plane.

These findings did not break physics, of course. Rule such as these are meant to be broken; as we find new ways to shunt photons through various racetracks, we’ll be forced to rethink what they’re capable of.

And that’s a useful thing – with light-based technologies on the horizon promising faster and more efficient computing, finding new ways to control light’s quirks comes with a bunch of practical benefits.

“Optics have become an important part of our telecoms networks and computing systems,” says senior researcher Pascal Del’Haye from NPL.

“Understanding how we can manipulate light in photonic circuits will help to unlock a whole host of new technologies, including better sensors and new quantum capabilities, which will become ever more important in our everyday lives.”