Meta debuted a new type of art-generating AI that can create videos from nothing but text prompts – with results that are creepy, surreal and impressive.

The artificial intelligence system announced on Thursday, called Make-A-Video, uses existing images with captions to learn about the world and how it’s described and uses unlabeled videos to determine how the world moves.

The resulting videos run the gamut from surreal to stylized and creepy to convincing.

Mark Zuckerberg’s company has not announced when the system may become available to the public or whether there will be any restrictions – but there’s a sign-up form that people can fill out if they want to test Make-A-Video in the future. 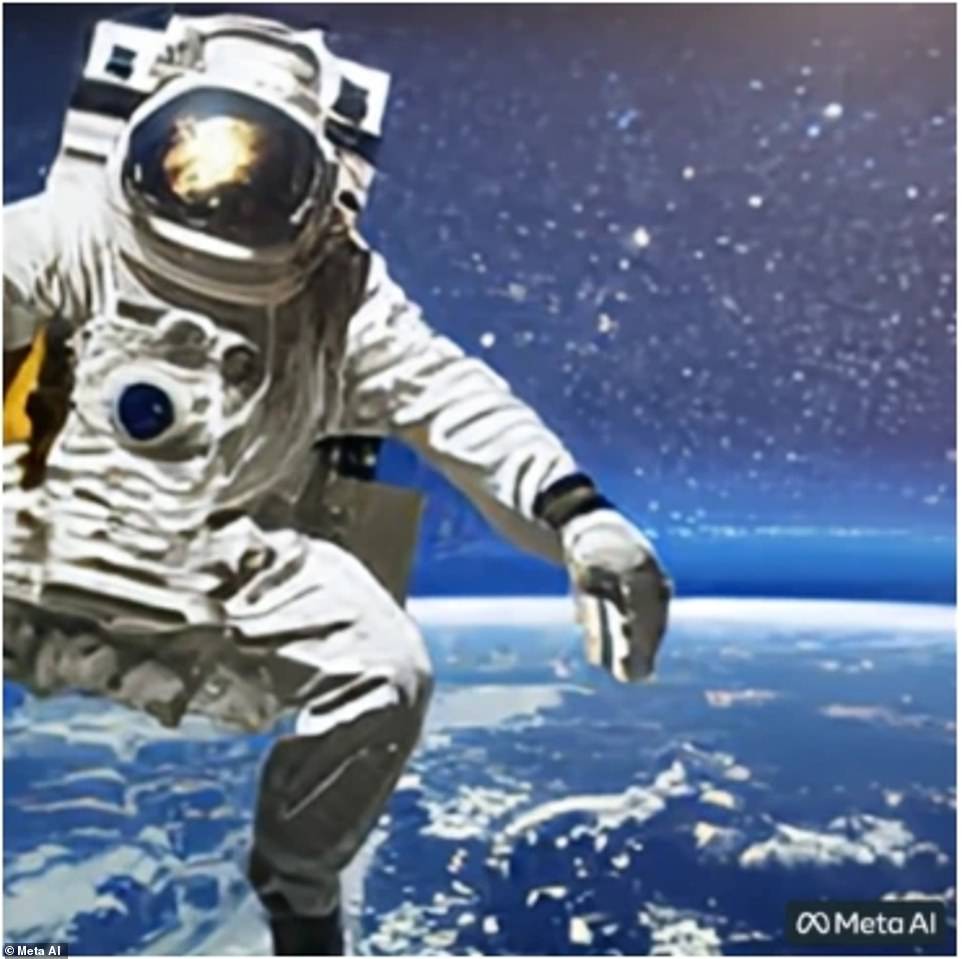 Advances in using AI to create videos on demand poses all sorts of ethical dilemmas – not to mention the possibility for deepfakes and disinformation.

Meta noted that all the content generated by the new system contains a watermark to ‘help ensure viewers know the video was generated with AI and is not a captured video.’

‘Our goal is to eventually make this technology available to the public, but for now we will continue to analyze, test, and trial Make-A-Video to ensure that each step of release is safe and intentional,’ the tech giant states.

Another depicts an astronaut floating in space from different vantage points. 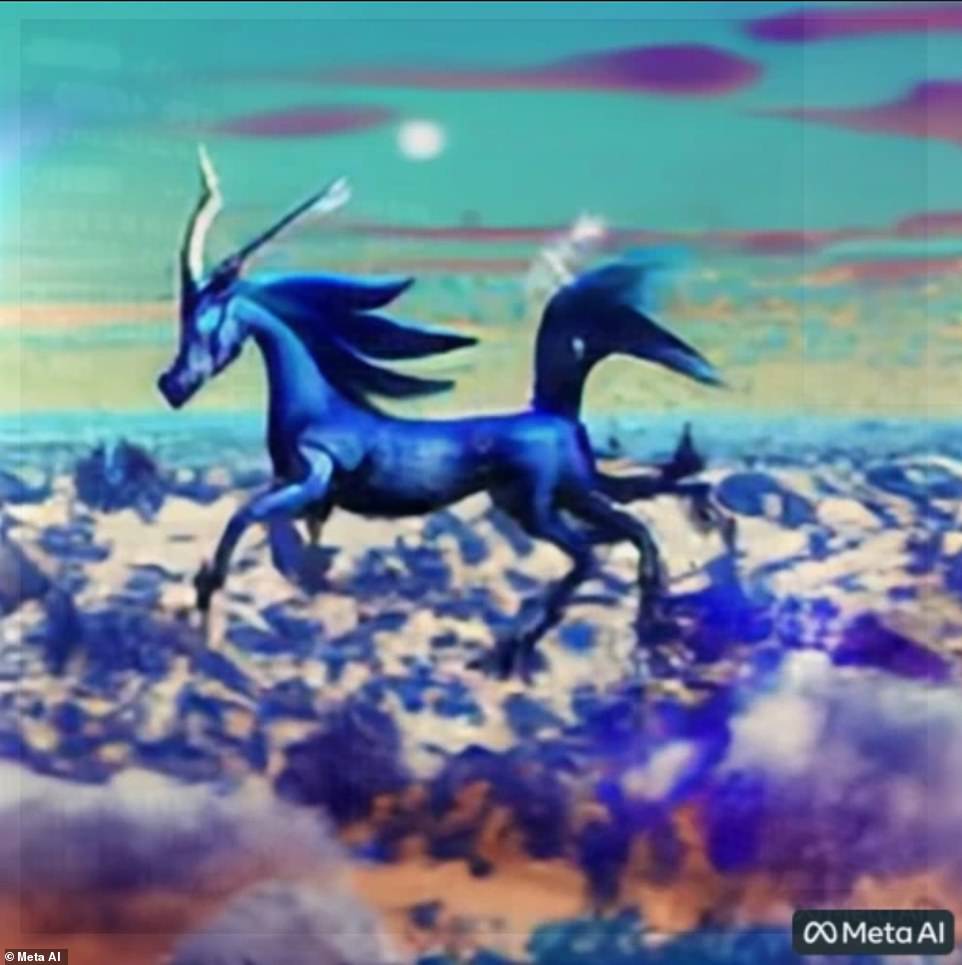 Two other videos are quite a bit more surreal looking.

One shows a ballerina performing ‘a beautiful and difficult dance on the roof of a very tall skyscraper’ with a lit-up cityscape behind her.

Another shows a blue unicorn ‘flying over a mystical land.’

‘Meta AI is committed to developing responsible AI and ensuring the safe use of this state-of-the-art video technology,’ the company wrote.

‘Our research takes the following steps to reduce the creation of harmful, biased, or misleading content.’

‘In all aspects, spatial and temporal resolution, faithfulness to text, and quality, Make-A-Video sets the new state-of-the-art in text-to-video generation, as determined by both qualitative and quantitative measures,’ the researchers write in a paper explaining the system.

Craiyon AI, a different popular text-to-image system that’s not from Meta, created several different pictures of what people might look like if humans all join the metaverse.

Each has an augmented reality headset merged with their face.

Those images were first created when The U.S. Sun asked the AI these questions about humans in the metaverse.

A number of tech companies, including Zuckerberg’s, are pouring tens of billions of dollars to create virtual worlds where people will be able to shop, work and be entertained.

The images come after a different AI that works in the same way produced bizarre pictures of the ‘last selfie ever taken’ that showed apocalyptic scenes of people in front of nuclear blasts, with rotting flesh and total devastation behind them.

Facebook founder Mark Zuckerberg is no longer one of America’s top ten: Mogul sees over half his fortune vanish due to Meta’s cratering stock price

2 thoughts on “Meta debuts artificial intelligence system that generates videos from nothing but TEXT prompts – with some creepy, surreal results”