Ancient meteorite dating back 4.6 billion years is discovered in the imprint of a horseshoe

Ancient meteorite dating back 4.6 billion years is discovered in the imprint of a horseshoe

An ancient meteorite dating back 4.6 billion years that landed in England earlier this year is likely a remnant of cosmic debris left over from the birth of the solar system, experts say.

A fragment of the priceless charcoal-black object, no more than two inches wide, was found by chemist Derek Robson on the second day of a ground search back in March, near the village of Woodmancote in Gloucestershire.

The ‘incredibly delicate’ sample, which resembles loosely held-together concreted dust and particles, was found lying in the imprint of a horseshoe in a field.

Experts received special permission from Tewkesbury Council to organise the search in March this year during the Covid lockdown after the meteorite was seen shooting through the skies just before 10pm on February 28.

The fragment found in Woodmancote is thought to be part of the same meteorite that deposited another 300g chunk on the driveway of a family home in nearby Winchcombe, also in Gloucestershire, which has just been assessed and valued at £100,000 and donated to the Natural History Museum in London.

Scientists think the meteorite travelled more than 110 million miles from its ‘primordial home’ in the main asteroid belt between the orbits of Mars and Jupiter – and that it may answer questions about how life began on Earth. 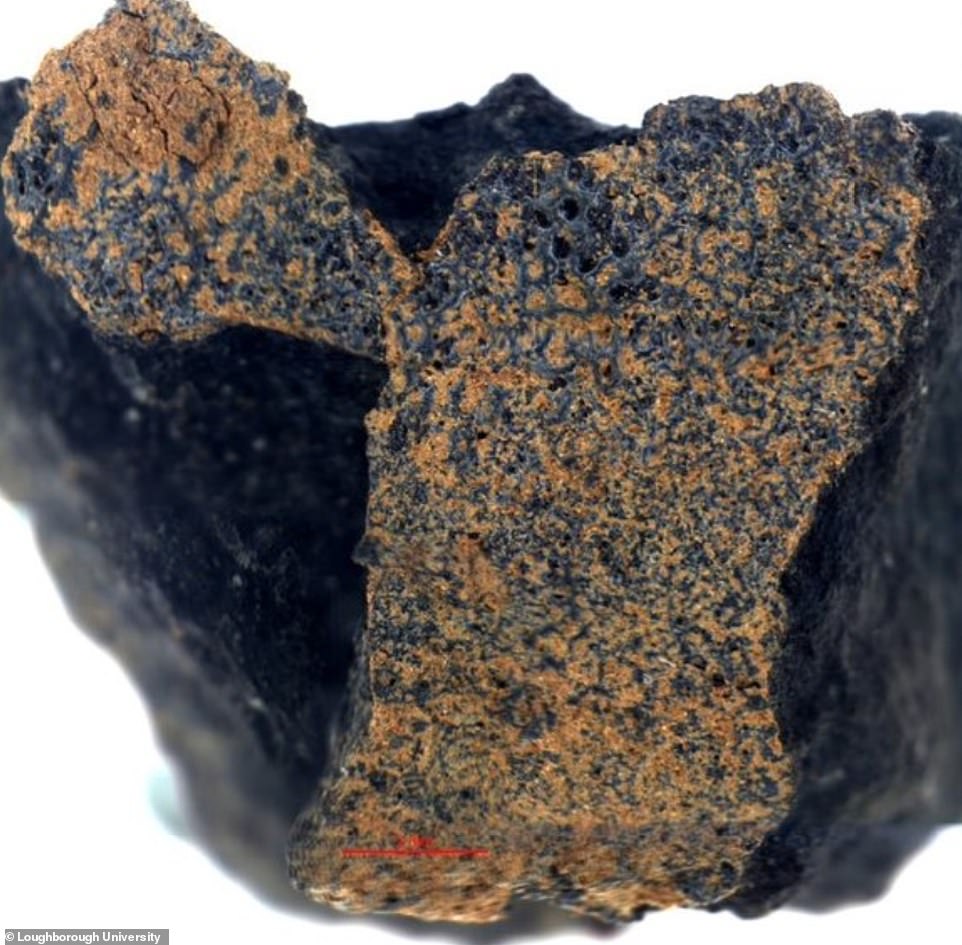 The ancient rock is a rare example of a carbonaceous chondrite, a type of meteorite that often contains biological material. Fewer than 5 per cent of meteorites that fall to Earth belong to this classification.

‘Carbonaceous chondrites contain organic compounds including amino acids, which are found in all living things,’ said Robson, who found the meteorite on the morning of March 28 in muddy fields outside Woodmancote.

Robson is director of astrochemistry at the East Anglian Astrophysical Research Organisation (EAARO).

‘Being able to identify and confirm the presence of such compounds from a material that existed before the Earth was born would be an important step towards understanding how life began,’ he said.

A 4.000-year-old settlement that rose from the ashes of the Babylonian empire discovered

A 4.000-year-old settlement that rose from the ashes of the Babylonian empire discovered

/Ancient meteorite dating back 4.6 billion years is discovered in the imprint of a horseshoe/

One thought on “Ancient meteorite dating back 4.6 billion years is discovered in the imprint of a horseshoe”