The tiny floating organisms that supply our world with as much as a fifth of its oxygen will be in dire straights as our oceans acidify, new research suggests.

The creatures, called diatoms, will be deprived of the silica building blocks they need to construct their protective shells, which come in all sorts of dazzling opaline shapes.

This could reduce their numbers by up to 26 percent by the end of the next century, researchers have found.

“Diatoms are one of the most important plankton groups in the ocean,” explains marine biologist Jan Taucher from the GEOMAR Helmholtz Centre for Ocean Research Kiel (GEOMAR).

“Their decline could lead to a significant shift in the marine food web or even a change for the ocean as a carbon sink.”

These single-celled algae compose 40 percent of the ocean’s photosynthetic biomass, making them one the main components of the biological pump that takes CO2 out of our atmosphere, storing it in the depths of the ocean.

They are one of the reasons the oceans have managed to absorb a huge chunk of the excess CO2 we humans have been producing. 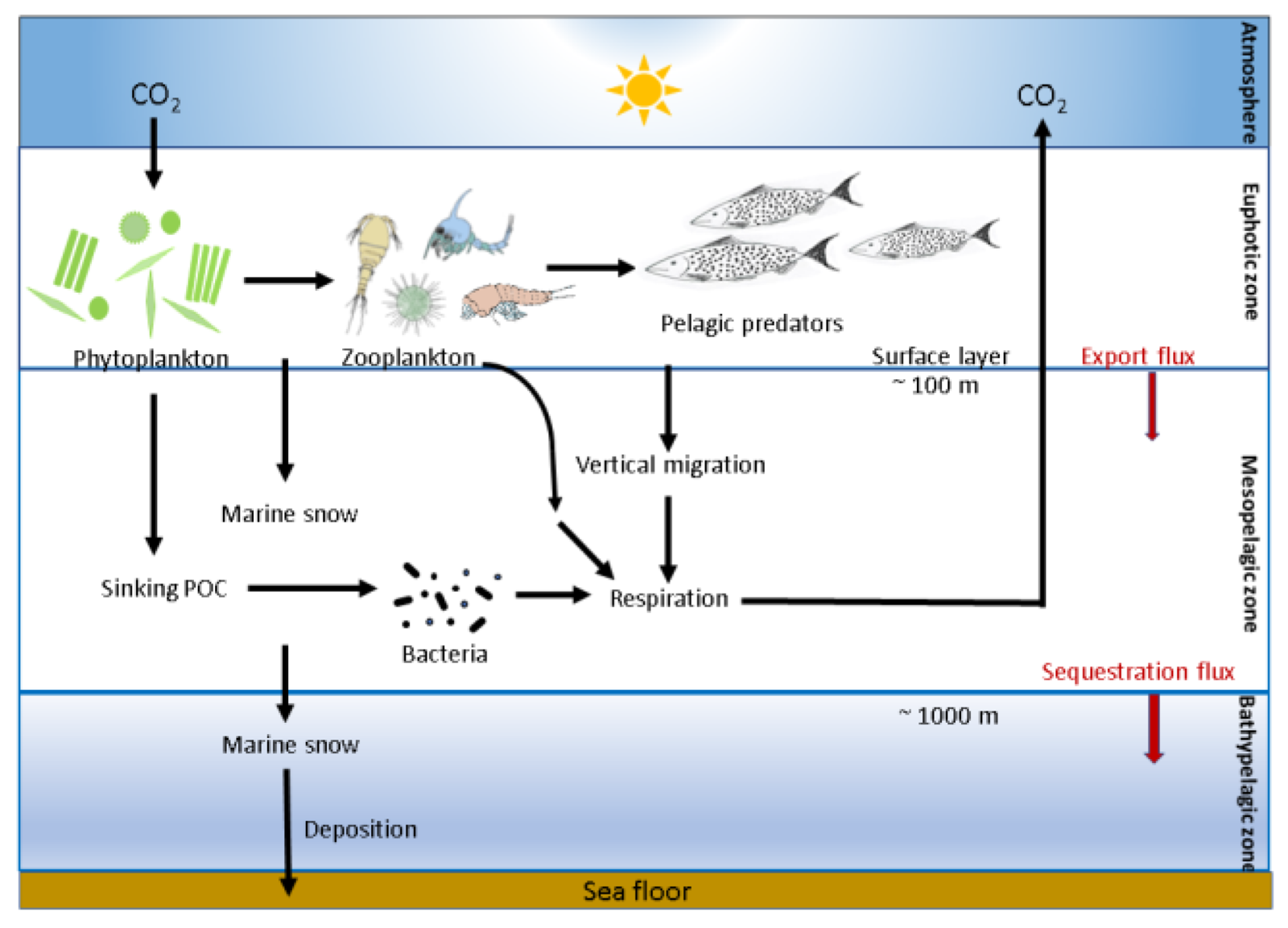 Above: Phytoplankton’s role in the biological carbon pump.

But as our excess CO2 dissolves into seawater, it reacts to form more hydrogen ions, increasing the water’s acidity. This altered ocean chemistry has already led to a 10 percent decrease in carbonate concentrations since industrialization.

Less carbonate means it’s harder for calcium carbonate to form; this is a vital molecule for most marine animals because it is part of their shells and exoskeletons.

If the concentration of carbonate drops too low, calcium carbonate dissolves. Some animals are now experiencing the dissolving of their shells.

In contrast, it was thought that diatoms, which build their intricate glass houses out of completely different materials, would be relatively unsusceptible to ocean acidification, and possibly even benefit from the increases in CO2.

These phytoplankton construct their outer shells, called frustules, out of the silica that’s floating in the surface waters of the ocean.

But the new research identifies a factor that was missed by previous studies. It turns out that as the water’s pH drops, these vital silica building blocks will start dissolving more slowly, meaning more of it will sink further into the ocean’s depths before it becomes light enough to stay afloat.

This leads to more silica on the ocean floor, far out of reach of the diatoms floating in the light they use to turn CO2 into oxygen, water and carbohydrates, impeding their ability to build their frustule homes.

They then evaluated samples from different depths – analyzing the dead-diatom-filled sediment they captured. This, along with modeling, backed by previous studies on diatom silica chemistry, revealed a staggering decrease of floating silica, suggesting diatoms could decline by up to a quarter approximately by 2200.

Such a huge loss of these phytoplankton will have drastic ramifications on the other life on our planet, given these organisms are one of the ocean’s main primary producers.

“[A]ssociated consequences for ecosystem functioning and carbon cycling are more difficult to assess,” the team states in their paper, explaining that they did not account for many physiological and ecological processes that may trigger a domino effect on the rest of the food web.

Regardless, the findings show how unexpected feedback mechanisms in Earth’s systems can drastically alter environmental and biological changes that we may think we understand – revealing there’s still so much more we need to learn about how our planet and its life forms are intertwined.

“This study once again highlights the complexity of the Earth system and the associated difficulty in predicting the consequences of man-made climate change in its entirety,” says GEOMAR marine biologist Ulf Riebesell.

“Surprises of this kind remind us again and again of the incalculable risks we run if we do not counteract climate change swiftly and decisively.”

Why you should speak POLITELY to animals: Horses and pigs can detect negative sounds in human speech and even mirror the emotion

Why you should speak POLITELY to animals: Horses and pigs can detect negative sounds in human speech and even mirror the emotion