The human brain is a complicated organ that’s difficult to understand, so it’s only natural that we always have more to learn. But recently, researchers at the U.S. National Institute of Neurological Disorders and Stroke published images of a previously undocumented system of vessels that are part of the lymphatic system in the brain. That’s right, up until this very moment many weren’t even positive that these vessels, which transport fluids critical to metabolic and inflammatory processing, existed at all.

Up until the present, not only were these deep-purple vessels largely unheard of, most doctors have been taught that the skull contains no lymphatic vessels. This previous notion however existed in complete contradiction with how the rest of the body works. The lymphatic system both collects and drains fluids, removing waste, facilitating infection response and inflammation, and so much more. In-the-know about the necessity of the lymphatic system of the human brain, it feels like an absurdity in retrospect to think that somehow our brains would not work with the lymphatic system.

About this finding, Senior Investigator Daniel Reich stated that “The discovery of the central-nervous-system lymphatic system may call for a reassessment of basic assumptions in neuroimmunology.” In other words, while this is a major discovery, it could lead to other, greater discoveries in the exploration of our own biology.

In 2015, researchers discovered the “glymphatic system,” or fluids that were found in the brains of both humans and mice that could transport things like glucose and lipids. But at the time, they didn’t know how these fluids might connect and communicate with the rest of the body. This most recent discovery bridges that knowledge gap.

Because these vessels were so unknown, the initial reaction to this discovery varied, from, in Reich’s words, “No way, it’s not true,” to “Yeah, we’ve known that.” 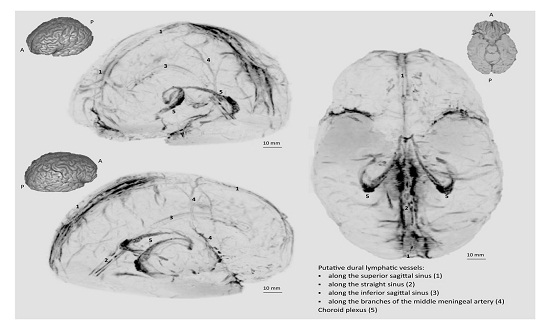 But this discovery doesn’t just identify this system of vessels, it explores how it operates and just how complex and intricate it is. “The study shows that these vessels exist. We haven’t shown that they’re involved in any disease process,” Reich carefully worded, “but it’s reasonable to think that they might be.”

As we explore the far reaches of the Universe and stretch our knowledge far beyond our modest, planet-bound selves, it’s surprising to learn that we still have so much to learn about our own bodies. With this discovery, it is possible that there “is a connection between [the] two systems, glymphatic and lymphatic,” according to Reich. When a discovery this major is made, it creates a well of new questions about the human condition that no one ever suspected await our attention.